It all started out terribly wrong. I went from being born, out of the hospital and straight into foster care. Almost two years later (and two foster families) I was adopted by a single woman in the 1970s. We lived in Brooklyn, in New York City. I had been in a Spanish-speaking home previously, and only spoke ten words of English. Deeply affected by never having bonded with any human properly, nor having had anything that was secure or abiding in my life, one could say I was a 'difficult child'. If you can, imagine that you spent your early years living with complete strangers, and the entire rest of your childhood not being related by blood to anyone. Ethnicity unknown, where I came from; my roots, unknown. For me, not a nice way to grow up.

I taught myself to read before kindergarten. My mom had many books and subscriptions to magazines. Reading became my escape, my friend, my teacher, and my entertainment. I started writing stories at around age six, most of which began with, "Once upon a time there was a little gril..." Which, with a good NY accent, is logical for how one might spell gurl.

But I could not escape forever into the world of fiction, nor could I rewrite my own history. I was a throwaway child, and I couldn't get past my feelings of loss and abandonment by my blood parent(s). I was sure there was something wrong with me; I was broken and could not be fixed.

I learned about suicide at around age 10, and began seeing the first of a long line of mental health professionals. My mom tried her best to get me the help I so desperately needed, to no avail. By the time I was 12, sexual abuse became the norm my life, which culminated in a rape when I was 15.

My attitude and behavior went from bad to worse. I was barely present in my life, and I self-medicated with drugs and alcohol. I left home, left school, and wandered around America, sometimes hitchhiking, often without food, and always without a safe place to sleep.

Once I was completely outside of society, I stayed. The anonymity of homelessness suited me, the dangers were not so different than what I had already experienced when I lived in a house, nor was I afraid to die.


There was no way out that I could see, and nothing I felt I had available to me to return to. I had failed at life, so perhaps took some measure of comfort that there were other people who were there with me. Misery loves company. Vietnam vets, who were suffering from all types of mental and physical issues were on the streets with me, they also understood the feeling of rejection that I had carried around since birth. Hundreds of teen runaways lived in hidden places all over the US, sometimes banding together in groups where no grownups were allowed. With them, I found a sense of belonging. It was, however, reminiscent of Lord of the Flies. (William Golding)

Storytelling was what we all did, young or old, to pass the time, and we all had dreams of "being something" or "doing something" with our lives, but few could define how to accomplish that, and none had a workable plan to get there.


After years of homelessness and wandering around America, (and shortly after I turned 20), I was in a motorcycle accident so severe, I died. I found myself in another place, and spoke to my grandmother. She told me I had to go back. The body I returned to had suffered a brain injury with damage to the right side of my skull. I had impaired vision and had suffered cardiac arrest and a stroke. I knew I wouldn't last long on the streets after that, and I would have to change my life. I didn't have health insurance, or rehabilitative care. As before, I just had to figure things out on my own.

The next few years I tried to find my place in society. Naturally, it was hard. But life went on, as it does. I ended up homeless again, and this time I took more forceful action to get out of the situation. I finally started to find my way back into society, and needed a job. I found in the entertainment industry I could work when I was well, and easily 'book out' when I was too tired or too sick to work. You didn't need schooling or a diploma - just be photogenic and able to portray on camera what you were asked to do. An agent took interest in me and I began working as much as I could, modeling and acting. I couldn't remember long lines of dialogue, so my agent would book me on background work. I couldn't see well and couldn't drive, so I was booked with my then-boyfriend who would patiently lead me around the maze of hazards on each set, and make sure that I got enough food to keep my blood sugar under control. (From a glandular condition caused by the brain injury)

I got to play the role of anything other than what I was - in photos I was beautiful with hair and makeup done professionally, which hid flaws and my facial scars. In acting I was an airline stewardess, a checkout clerk, or a security guard, and my imagination made it seem real to me. For a few hours at a time, I was whatever that character was, and I had an identity, a job and a purpose - I was someone! It was quite therapeutic.

I eventually moved to Los Angeles, and tried my hand at ever bigger things: directing, producing and screenwriting. There were successes, and I found myself living in the life I had before only imagined was possible for other people. There were red carpet events, awards for my work, and I ended up living in a luxury loft with a concierge and valet parking. It overlooked the same street where I had been years before - Skid Row - now in part gentrified, with the homeless pushed back a few blocks. I mingled with homeless people and rich people alike.

As a long-time fan of Star Trek, I even got to live out my dream of being in one of the fan-fiction episodes. My heartfelt thanks goes to writer/director Marc Scott Zicree for allowing me the privilege to be included in Star Trek New Voyages: Phase II (TV Series) World Enough and Time. What a thrill! One of the highlights of my life. 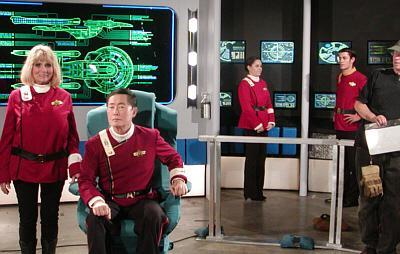 For many reasons, though, I chose to give up that Hollywood lifestyle. I could never be thin enough, young enough, talented enough, or any of the other things people insist that you be in Hollywood. I went back out into the unknown and moved to a country I had never been to. Europe is very different than the US, and the Dutch are very different even from from their close neighbors. If life is all about learning, I've definitely chosen the life that challenges me the most. And at last I've found the one place in the world where I feel the most at home, in the beautiful city of Alkmaar.

Each day that I have, I remember to be grateful. There are things people tend to take for granted: running water, food, shelter. Two of my favorites? Hot showers and a toilet. They are some of the greatest luxuries in my life, and I regularly thank my apartment for providing so well for me - out loud, in English. Why not? I'm so glad I've had the opportunity to have experiences to draw from to help me learn gratitude and appreciation for the things one might forget to be thankful for. I love my life, and I love my home!

Finally, I have a long list of other conditions that have steadily added to my disability over the years. At the moment, my elbows are working pretty well. For the rest, not so much. However, I have fantastic health care, and a lot of support. I go to the same Dutch class every year - with teachers who understand that with the brain injury, I forget what I've learned in class each summer holiday. I'm an assistant teacher of conversational English, even though I didn't finish high school and barely know any grammar. I'm not only allowed to be a part of this great Dutch society, but the people here make an extra effort to be kind and patient with me. I live in my nirvana.

Oh, and I must mention, if you haven't noticed already - I have a very handsome pet Lovebird. He loves to get head rubs and gives kisses. His name is Bird. 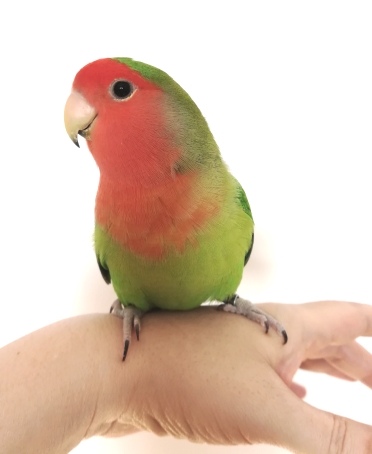