Kitty has written and co-written feature-length and short live-action and animation film scripts. She also enjoys script doctoring, and has written articles covering travel, learning, disability and entertainment topics. Her favorite genre to work in is comedy.

In 2006, when a screenwriting class for the disabled was offered by Evan Somers (writer for Star Trek Deep Space Nine & Voyager) Kitty jumped at the chance. As a long time fan and Trekkie, she was thrilled to be taught by someone she so admired. There was an instant click, and her love of screenwriting was born. Even with a brain injury, within the structure and format of a screenplay she found she could express her creativity and imagination successfully. She completed her very first homework assignment and was thrilled with the result. So much so, that when Evan asked if she wanted to hear his critique, she replied with a polite but firm "No, it's perfect the way that it is." Evan laughed, the class laughed, and they left her alone.

But Kitty was certain that Evan had been a good teacher. She entered her homework assignment into her very first screenplay competition, and WON. (Sunny Springs, winner Columbine Award in the Moondance Film Festival) She'd never been good at anything before, but with this style of writing she found her passion. Evan continued to encourage her and believe in her until he passed away in 2010.

Script Pitch, comedy
Logline: A new writer wins the opportunity to pitch her first script to a Hollywood bigwig.
Synopsis: Cathy's first script has won a writing contest. Her prize - she gets to pitch it to a Very Important Hollywood Bigwig. But getting to the inner sanctum - the producer's office - proves to be only half the battle.

Spirit Dance, animation, drama/fantasy
Logline: After the death of her father, a disabled girl dances her way back to happiness and provides her grieving mother with an opportunity to connect with people again.
Synopsis: A young girl retreats into her imagination to deal with the loss of her father, and neglect from her mother. Although she is physically impaired and uses crutches to walk, she dreams of being a dancer. That is the one joy she experiences in an otherwise challenging life. When strangers from the neighborhood start believing in her dream too, the entire block is transformed.

Sunny Springs, drama
Logline: Residents in a retirement home rebel after budget cuts take away their chocolate pudding snacks.
Synopsis: Greg Starr has just become the newest resident in his town's only retirement home. He's lonely, old and tired. Although he makes new friends with several of the other residents, depression sets in. The retirement home is sold to a new owner. Budget cuts take away their few simple pleasures: chocolate pudding in the afternoon and coffee with breakfast. The residents grumble but do nothing until Greg takes matters into his own hands, and rallies the residents to action.

East Meets Western, western, co-writer - David Mulligan
Logline: A runaway indentured Asian cook bakes his way into the good graces of a frontier town, where he struggles to win the allies he needs to avoid recapture by the ruthless outlaw who 'owns' him.
Synopsis: Raised in China by an English missionary, a Korean orphan immigrates to the American Wild West. Forced into indentured servitude to pay for his passage, he becomes the cook for an outlaw gang and their cold-blooded leader, who have no intention of giving him freedom. He escapes and goes on the run. He must convince the residents of a frontier town that he is more than just property.

The Man with the Package, comedy, co-writer - David Mulligan
Logline: A secret agent-in-training on a field mission simply has to mail a package back to the U.S. to graduate. What could go wrong? Everything!
Synopsis: A new secret-agent-in-training needs to complete one task in order to become a full-fledged agent. He arrives in a small town in Mexico, eager to prove himself. His mission is clear; find and acquire a rare antique chest and it's contents and simply mail it safely back to his trainer. What should have been an easy mission turns into the weekend from hell. Far away from the ease and urban lifestyle of the U.S., he finds himself in a town that seems to bar his progress at every turn. The townsfolk, police, and it seems fate itself conspire to turn his neatly ordered life and his assignment into bumbling shambles.

Shades of Sin, period drama
Logline: A woman is caught between two men and their long-standing feud with each other.
Synopsis: Set in the Renaissance era, a young woman becomes unwittingly embroiled in a feud between a lord and a criminal fugitive. She is bound to the lord by an arranged marriage and duty, but loses her heart to the fugitive. She must make a choice between the right man and the wrong one, at the risk of losing the lifestyle of privilege and status she has known.

Unaccompanied Minor, drama, action
Logline: A lowly passenger assistant accidentally uncovers a pedophilia ring operating through a European airport, and goes on the run with a young sex worker to try to save her life. Inspired by a true story.
Synopsis: An everyday guy, Rob works as a passenger assistant, transferring travelers through a large European airport. One of his transports, a young girl, confesses to him that she believes her life is in danger, begs for his help. She is to be transferred to the Amsterdam branch of a pedophilia ring, and was sold into prostitution by her own parents. Rob is able to get her safely out of the airport, but his attempts to get her assistance from the police and other local social organizations, fails. He's stuck with her. The criminals want their property back, and they soon discover who took the girl. Rob goes on the run to try and get the girl out of the country and to safety in the U.S.

"Unaccompanied Minor is a tense and fast-paced thriller based on real-life events." - NRFF Jury 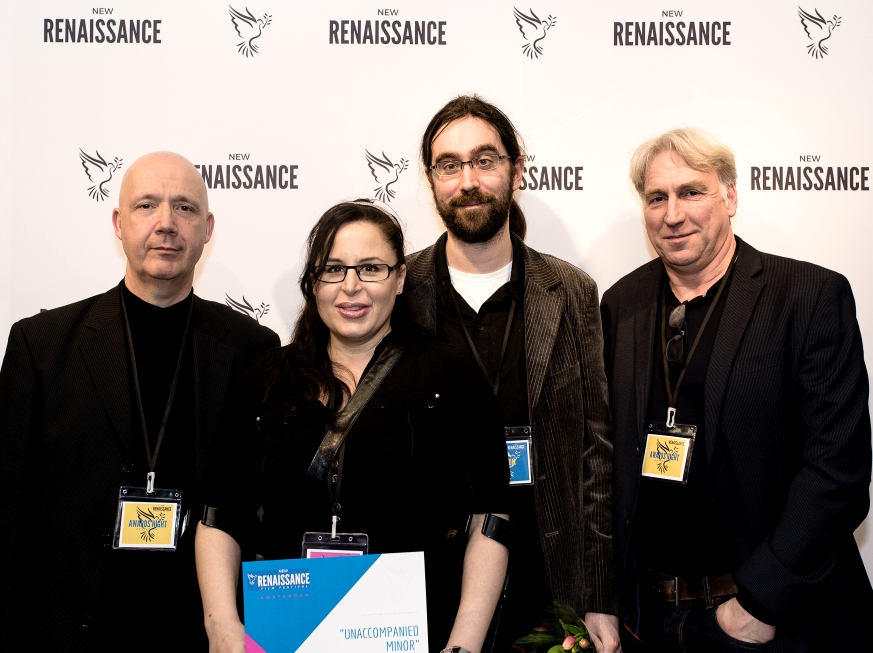